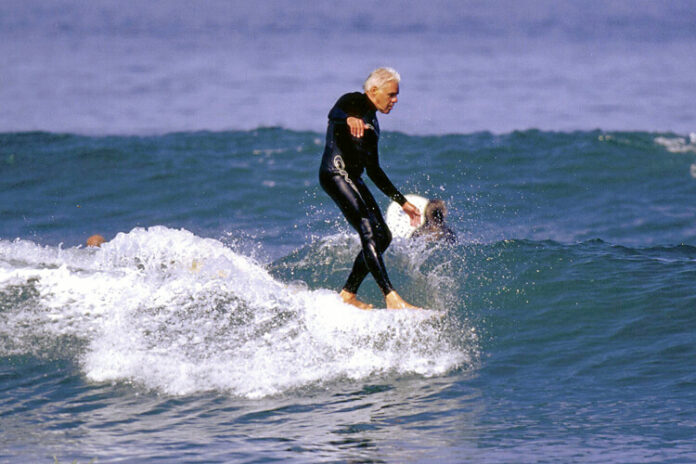 “Having steadily surfed since the days of gremlins, ho-dads, and baggies, the author is well aware that surfers are hardly a politically oriented fraternity.”

“Nevertheless, there are hundreds of thousands of beach lovers, and we are a potential source of political power that as yet is as untapped as the power of the surf.”

I wrote that about surfer power in my first article for Surfer Magazine in 1970. It was half a century ago.

The need for surfer power is even more important today.

When I started surfing in 1959, there were only about 1,200 surfers in California. From there, surfing went global.

SurferToday estimates that there are 23 million of us around the world.

As surfers all know, the problems in the ocean also have exploded. Sea level rise caused by global warming means that we’ll probably lose all of our low tide breaks.

In a few years, there will be more tonnage of plastic than fish in the oceans.

Since plastic breaks down into micro-sized fragments, any of us who eat fish will also be filled with more plastic.

Actually, we are already ingesting something like a credit card per week.

Giant floating garbage patches the size of Texas collect in ocean currents. They are called gyres, and they now spiral slowly in five of the seven seas.

Fossil fuels have made the ocean more acidic than it has ever been in almost one million years.

Acidification weakens the fish shells and wrecks the coral. As a result, half of the Great Barrier Reef has died in the past 20 years.

Why do so many of those green turtles have large tumors? The list of environmental threats and impending disasters goes on and on.

The ocean is in big trouble.

It will take a huge amount of intellectual and political muscle to clean up the horrible mess that our idiot species is making on our small blue planet.

When I was President of the Surfrider Foundation in the 1980s, I always teased surfers.

I’d say, “Surfers have big muscles. They come with the sport. But as far as political muscle, you guys are pale, pimply, weenie arms.”

Surfers did step into battles to protect beaches, and we started winning some fights. We got bigger and smarter.

We protected beach access. We stopped a beach-killing freeway. We busted some big polluters.

In the past 50 years, tens of thousands of us have become active participants in the environmental movement. Surfers now have a much louder and influential voice in ocean protection efforts.

The Surfrider Foundation now has about 70,000 members and 250,000 Facebook friends and followers.

They have won an impressive number of important political and legal victories. Other surfer organizations have swelled up around the world and are winning progress in other countries.

Save the Waves Coalition put efforts into saving specific breaks around the world.

Dave Rastovich helped start Surfers for Cetaceans after a dolphin saved him from a shark.

We are working with other ocean lovers like the Oceanic Society, Greenpeace, Sea Shepard, Project Kaisei, to name just a few.

Use Your Influence and Lobby for Ocean Protection

In political science classes, there is always a lecture about the 80/20 law – 80 percent of the public is mostly influenced by the other 20 percent.

The 20 percent are called “opinion leaders.”

Opinion leaders are people who are respected by their friends and relatives for being well-informed and up to date about certain issues.

They set the tone for policy discussions, public sentiment, and decision-making.

With our unique perspective, surfers are ocean opinion leaders.

We move between land and water. We are the only ones who know what the world looks like from inside the tunnel of a wave.

We can and should use our status, our expertise, and our power to influence both our friends and the general public.

All of our friends and relatives know how much we love surfing. We share our love of waves and adventures with them.

Now is the time to share our knowledge and concern.

We must use our opinion leader surfer knowledge to help win solutions to all the problems.

Most people don’t know about or care much about problems in the ocean. Surfers should be honest and eloquent ambassadors for ocean protection.

It is estimated that there are between one and three million organizations around the world dedicated to stewardship and environmental goals.

This means there are millions of us who are trying to help. We all need to work together more efficiently to get bigger, better results.

We know more about the planet now than ever, and we have the ability to use our knowledge and share information on our connected devices.

There are lots of different ways we can help.

Got some time? Kick in some time. Got some money? Spread it around to groups who share our passion. Vote in every election.

I love writing biting letters to my legislators. And it was Jimmy Carter who taught me the importance of writing thank-you notes.

I have spent my life as an activist because I enjoy big challenges and working on important things.

There are psychic benefits from getting to know and work with other good people who want to help make things better.

We need to be as tough as the greed-crazed polluters who don’t care about the consequences of their crimes.

But we don’t have to be obnoxious zealots. We need to all work together to obtain solutions as big as the gigantic ugly problems.

This is not pie-in-the-sky, Pollyannaish, or Panglossian. It is survival-oriented pragmatism.

The great ocean champion and explorer, Captain Jacques Cousteau, wrote 50 books and produced 120 television programs about his love of the ocean.

He summed up his message in all those books and great television shows with four words – “Protect what you love.”

Cousteau gave a speech on my college campus, and I interviewed him for the paper.

I asked him if he had any advice for young people who wanted to help protect the ocean. He said, “Yes! Don’t follow gurus like me. Go out and do it yourself.”

So, take it directly from the Captain, go out and do it yourself.

He was president of the Surfrider Foundation for the first six years.

Caughlan worked in the United States Congress, the Environmental Protection Agency (EPA), and in the White House.

His book, “A Surfer in the White House and Other Salty Yarns,” is available on Amazon. 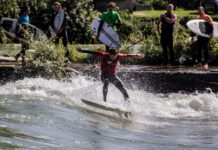 the world capital of landlocked surfing 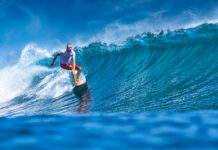 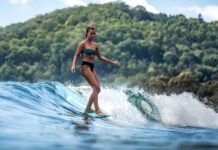 The best surf spots in Panama 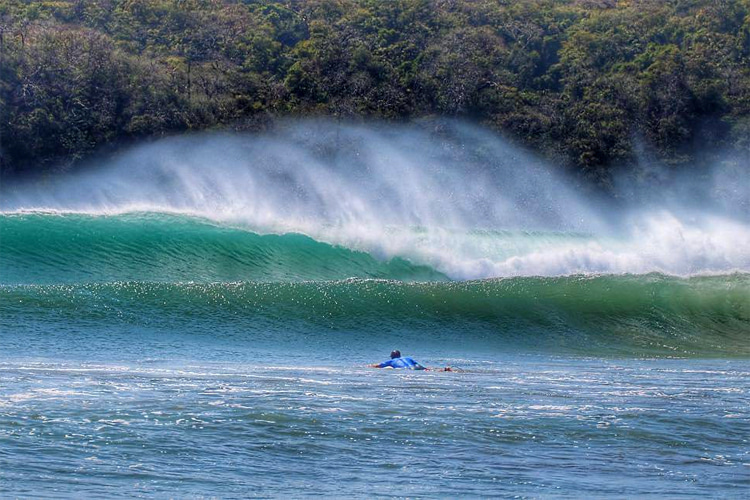 As surfing makes its official debut at the Summer Olympic games, beginners and pros alike can discover world-class surfing spots in Panama. The destination is one of the top year-round… [...]

What is wave diffraction? 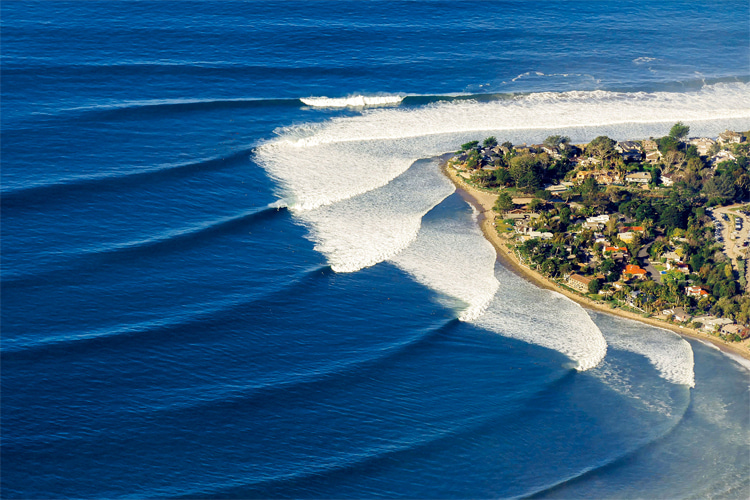 Diffraction is a sudden change in the direction and intensity of waves after passing by a coastal feature or offshore obstruction. The obstacle will block a portion of the wave's… [...]

How to make an artificial wave 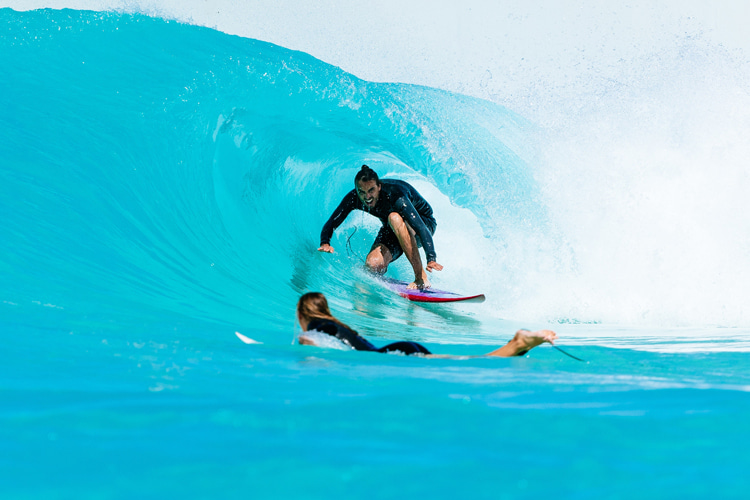 How do you generate a surfing wave in a controlled environment? Let's take a look at the different types of wave-making models and concepts. Wave pools are the future of… [...]

How to draw a surfer 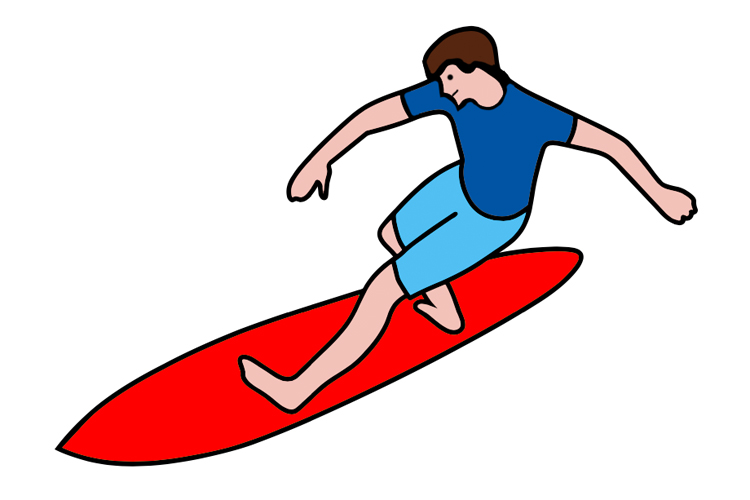 Have you ever tried drawing a surfer riding a perfect barreling wave? Here's how to do it without any previous experience. Surfing is a highly visual sport that is often… [...]

Where does the term "goofy-footed surfer" come from? 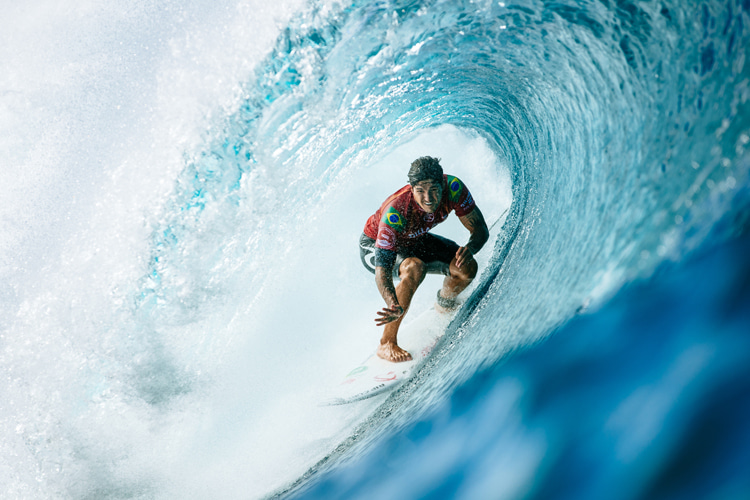 Around 10 percent of the world's population is left-handed. In the surfing world, you can often hear someone saying they're goofy or goofy-footed. But what does that exactly mean? And… [...]